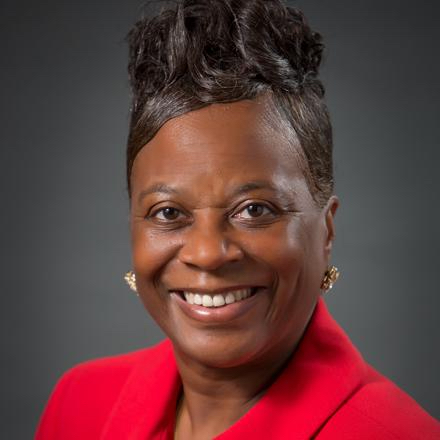 HIV Specialist™ family physician Dr. Ada Stewart has been treating people with HIV for over 12 years now. Since 2012, she has been in practice as lead provider with Cooperative Health, formerly Eau Claire Cooperative Health Centers, in South Carolina. Together with her team which includes another physician, one PA and one NP, Stewart has a patient panel of over 5,000. Her primary practice site is in South Carolina’s capital city Columbia, but she also provides HIV and hepatitis C care at two rural offices in Winnsboro and Eastover, South Carolina. Stewart sees 18-20 patients per day, ranging from uninsured to insured; mixed populations of ethnicities, majority African American but also white and Latinx. Says Stewart, “I meet them where they are and make sure I know and ask what is going on in their lives to make sure I’m addressing any potential treatment barriers.”

Born and reared in an underserved urban area of Cleveland, Ohio, Stewart has committed her career to ensuring uninsured and low-income families have access to high quality health care. Community need motivated her to pursue specializing in HIV care and she continues to find fulfillment in serving a mostly underserved and underprivileged population. “It is rewarding to care for the most vulnerable populations, to be their guide to wellness.”

In the aftermath of September 11, 2001, Stewart enlisted in the U.S. Army Reserves and has achieved the rank of Colonel. She currently serves on the Presidential Advisory Council on HIV/AIDS (PACHA) and in October 2020 became President of the American Academy of Family Physicians (AAFP), a capacity in which she will serve and represent over 136,700 family physicians. With all she has achieved, Stewart’s hope is to continue to be an advocate for her patients and her community. She also hopes for a time when we have no new HIV infections and that all who are positive are virally suppressed. At the American Academy of HIV Medicine, Stewart provides leadership as a member of the Southeast Steering Committee and the Public Policy Committee.

“My commitment is to service – to serve my God, my family, my patients, my community and my country,” says Stewart, “I realize the importance of being the change that you want to see and being a voice for others.” Beyond her professional life, Stewart loves to travel and to care for her two cats – Jackson and Lukas. She enjoys sharing her life with her family and friends. Asked why she joined AAHIVM as an Academy Member, Stewart says, “I recognize that it is important to be part of an organization that inspires changes and advocates for those who cannot. In addition, being part of the Academy gives me the opportunity to learn and be able to provide culturally sensitive and evidence-based care to my patients. Academy membership creates opportunities for learning and networking with other likeminded providers.”