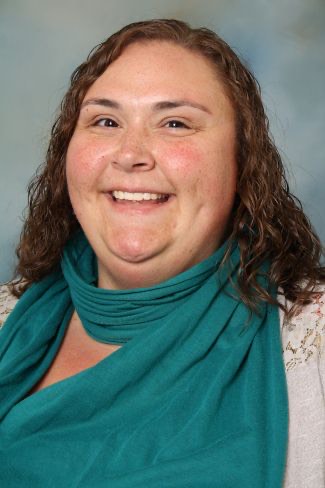 Anna Pedersen’s work in HIV prevention and care began 12 years ago. After attending Drake University College of Pharmacy in Des Moines, Iowa, she completed an ambulatory care residency through the University of Minnesota and began working at a federally qualified health center (FQHC) in Saint Paul. Anna served many roles over her six years at the FQHC; dispensing medications, medication therapy management (MTM), primary preceptor for students and residents, and even a few times as pharmacy manager. Most of her patients at the FQHC were young, uninsured, immigrant, and male.

Her career path then led to work as a MTM pharmacist in an outpatient infectious disease clinic in Minneapolis. While she mostly provided MTM to HIV positive patients, Anna also monitored outpatient IV antibiotic patients and was available for clinical consult to colleagues. Anna worked under many collaborative practice agreements, in which she could change or prescribe medications for PrEP, hypertension, smoking cessation, and diabetes management, to name a few. The ID clinic has seven physicians, two nurse practitioners, and six registered nurses, and that’s not even including the travel clinic. Anna’s schedule allowed for up to 8 one-hour visits per day, but on average she saw just a few patients during the day, and did a lot of “behind the scenes” work, such as monitoring, consultations, and a lot pharmacy benefit navigation for patients. The ID clinic’s approximately 800 HIV positive patients were primarily middle aged, insured or underinsured, and Caucasian; more than half being over the age of 50. Unfortunately, the institution went through significant layoffs at the end of 2019 and many pharmacists, including Anna, were let go.

When asked what motivated her to pursue specializing in HIV care, Anna says, “Definitely the population, it’s always fun and interesting and can be a less reserved work environment. I always felt I was somewhat less conventional than a lot of my pharmacy colleagues, and when I found Infectious Disease people, I was home! Just a different, compassionate, hardworking and fun group of people. I also love to specialize in something that is so intertwined with primary care.”

A self-proclaimed #pharmacynerd, Anna enjoys reviewing patient charts to find solutions for new regimens, assessing conditions, drug interactions, resistance panels, and the like. “It’s become easier now,” says Anna, “but there are still situations where it takes some deep chart digging, and I truly believe that pharmacists can also bring the whole picture of a patient together.” Anna shares her tips for motivating patients to adhere to their treatment regimens. “We usually go through their day, and if there is something that is relatively consistent each day, we try to relate medication taking with that behavior. Also, setting cell phone alarms and pill key chains.”

Anna shares how important she found it for providers to develop a relationship with their dispensing pharmacies. “There are so many caveats and near misses with dispensing HIV medication that can be overcome with communication and a good working relationship.” In strengthening this relationship, Anna’s practice increased from about 100 patients per month to over 300 per month for HIV prescriptions.

Considering the obstacles facing the pharmacy profession, Anna counts herself lucky to have practiced in a clinic for the past 12 years. The organizations were able to get some reimbursement with Minnesota being progressive in that way, but they also saw the cost savings that pharmacists can bring. Says Anna, “Pharmacists rarely can bill for their services, if at all. There are more pharmacy benefit managers (PBMs) that are reimbursing for pharmacist visits, and now there are some opportunities with Medicare wellness visits, and Medicare part D, but it’s not consistent and we have to go out and look for it! Patients do not expect to pay when seeing a pharmacist, as we’ve always been a free service. Pharmacists are one of the most accessible health care providers. There aren’t many other providers that patients can just walk up to and get free advice with no appointment. So much of pharmacist payment is tied to prescription reimbursement which has been getting much smaller and we see the effects of that in closing pharmacies and staff reductions.”

Looking to the future, Anna hopes to get more involved in policy and public health. She muses, “As my career moves forward, the majority of my job revolves around medication costs, more than any other clinical consultation. I have become part social worker and part pharmacist, which I love about my job, but I want to use those skills for a greater good.” Anna envisions the future will bring more pharmacist-run PrEP clinics and advocates that it become more standard to have a pharmacist visit at least once a year for patients. She fears there will be increases in mail order pharmacy service.

Beyond her professional equities, Anna loved being the office DJ, making playlists for her team. She enjoys visiting her family’s lake cabin in Iowa and heading up to the North Shore of Lake Superior in Minnesota where she finds peace and relaxation. She has a cat named Pablo and a boyfriend named Matt. Asked why she joined AAHIVM as an Academy Member, Anna says, “It was important to me to have a standard credential for my specialty. AAHIVM is definitely forefront in considering pharmacists as providers.”