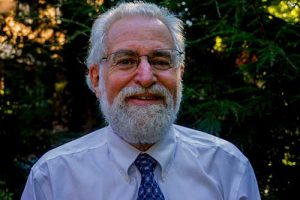 After working as a paramedic in the South Bronx in New York City in the 1970s, and serving as Co-Director of a free ambulance service there, Spinner left to attend the Yale School of Medicine’s Physician Associate Program. He graduated in 1983 and moved to New Haven, Connecticut. He spent 25 years working at Cornell Scott Hill Health Center, where he cared for people with HIV, as well as serving as Chief Operating Officer for the last 10 years there.

In the late 1990s, Spinner had experience with international health, working for a short period of time in Haiti, and some brief work in a clinic in rural Uganda.

Today, Spinner works at Southwest Community Health Center, a federally qualified community health center in Bridgeport, Connecticut, the largest city in the state. Spinner’s clinic is a Ryan White funded clinic that offers comprehensive primary care, OB/GYN, pediatric, dental, and behavioral health care. Spinner practices with his wife, Janet Spinner, who is also an AAHIVM Member. Both Gary and his wife Janet are credentialed by AAHIVM as HIV Specialists™. In addition to Gary, who is a PA, Southwest Community Health Center operates with an Infectious Disease specializing physician, a full time RN, four medical case manager, and three staff involved in outreach to the community. 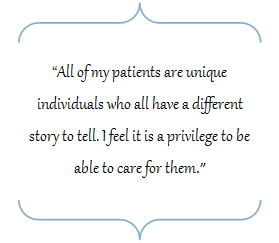 Spinner cares for about 400 patients; most of who are African American and Latino, with the fast-growing segment of newly infected HIV patients being young minority men who have sex with men (MSM). Spinner approximates that half of his patients are over the age of 50. About 15-20 percent of his patients are from resource poor countries, with a large number from Sub-Saharan Africa. The most recent wave of new patients are refugees from Congo, who do not know their HIV status until they are tested at Spinner’s clinic. Spinner’s clinic is committed to routine HIV testing, and Spinner says the primary care providers in his clinic are testing for HIV more and more. Spinner cared for his first HIV-infected patient in 1983, before the HIV virus was actually identified. At the time, the diagnosis was based on clinical signs and symptoms, and an inverse ration of CD4 to CD8 cells. They called it HLTV 3 at that time.

Spinner says the most rewarding part of his work is the warm relationship he shares with his patients, and the ability to assure them that even though we don’t yet have a cure, they can live a near normal life expectancy by taking their antiviral medications and living a healthy lifestyle. “All of my patients are unique individuals who all have a different story to tell. I feel it is a privilege to be able to care for them,” says Spinner. He motivates his patients to adhere to their treatment regimens by assuring them that doing so means they will likely live a normal life. Other patients are motivated by underscoring that adherence to medication can prevent new infections in others. Discovering the patients’ barriers to adherence, and attempting to address them in the best way, is vital.

Spinner claims the greatest obstacle he faces as an HIV care provider is getting his undocumented patients access to ancillary services other than the direct care, labs, and medications that are covered by their grant-funding. Diagnostic imaging, subspecialty care, colonoscopies, and elective surgeries are all difficult to access for many of Spinner’s patients.

Like many care providers working in a federally qualified community health center, Spinner’s organization has changed over time. When he came to Southwest Community Health Center, there was no system in place to alert providers, like Spinner, which patients needed which immunizations, what lab tests were up to date, or needed. Using an Electronic Health Record allows him to access his patient records at any day or time of the week, and he makes sure that every day patient requests for refills, lab tests and other needs are responded to.

In 2014, Spinner began treating his Co-infected HIV patients for Hepatitis C, and has subsequently treated and cured hundreds of patients. He was active in advocacy work in Connecticut that led to his state becoming the first State Medicaid program to pay for treatment of hepatitis C medications for all patients, regardless of severity of disease, and by all licensed prescribers. Spinner began prescribing PrEP shortly after the FDA approved Truvada for this purpose and today he has a large group of men and women taking PrEP to prevent HIV. He has been a national speaker of PrEP and regularly advocates to get more primary care providers to embrace the prevention of HIV. Looking to the future, Spinner says that promising cure research going on now leads him to believe it is not too farfetched to believe that a cure to HIV could be attained in the next decade. Meanwhile, Gary and his wife Janet continue to share a passion for providing health care to the underserved. Outside of the clinic, they are avid rock climbers and enjoy climbing throughout the United States, and a multitude of other countries.

Gary Spinner is an AAHIVM Member because it enables him to become a part of a community and network of like-minded people who share the passion for caring for people with HIV. Says Spinner, “Being a member of the Academy has enabled me to be a contributor to the policy issues so important to all people who are infected with HIV, and to provide a vehicle for advocacy for their needs.”