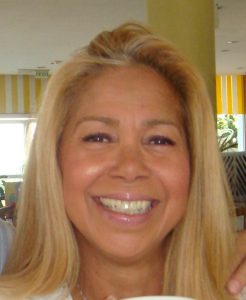 Hilda Ortiz-Morales has spent the majority of three decades as a student; receiving a BSN from Herbert H. Lehman College, a MSN at the College of New Rochelle, an HIV Preceptorship from Johns Hopkins University Medical Center, an HCV Preceptorship at Cabrini Medical Center, and a Doctorate of Healthcare Administration from the University of Phoenix. Prior to working as a Nurse Practitioner, Ortiz-Morales was the Clinical Coordinator, Educator and Quality Improvement Coordinator for an AIDS Center in New York. Says Ortiz-Morales, “I was really motivated through these experiences to provide care and manage patients that needed so much education, support, and care. Especially being brought up under similar circumstances as many of my patients, I felt a great need to give back.”

Hilda Ortiz-Morales has been providing HIV care since January 1999. Today she is in practice at Montefiore Medical Center (MMC), an academic medical center and the university hospital for Albert Einstein College of Medicine located in Bronx, New York. In this urban setting, MMC Infectious Diseases Clinic provides services to about 2,500 patients from all over New York City and lower Westchester County. The MMC Infectious Diseases Clinic offers a multidisciplinary team approach to patient care which includes clinicians (Infectious Disease attendings and fellows), psychiatrists, gynecologists, dermatologists, NPs, PAs, social workers, nutritionists, substance abuse counselors, adherence/patient educators, and nursing staff (LPNs) for clinical assessment and monitoring, drug and alcohol support services, psychiatric services, social work, and other social support services including peer support and navigation. Ortiz-Morales has six sessions per week and generally sees between 15 and 20 patients per session. “My patient population is predominately Hispanic and African American, about 85%, with the remaining 15% being White or West Indian. This demographic has remained rather constant since the start of my practice. Being fluent in Spanish tends to influence my patient population panel as well. Overall, about 55% of my patients are over the age of 50. The population I care for are 90% on either Medicaid or Medicare, and about 10% are still employed with commercial insurance or utilize ADAP coverage through the Health Insurance Exchanges in New York State through the Affordable Care Act.”

In her practice, Ortiz-Morales is the HIV-HCV Program Coordinator. In this role she evaluates and treats all of the patients who are co-infected with HIV and HCV. “The treatment of HCV has been revolutionized in last 18 months with the majority of patients receiving treatment with these new therapies being cured (yes, cured). However, to obtain these treatments, the prior authorization process is arduous with obstacles and requisites put in place by insurance companies in order to deter or delay their availability.” In developing the HIV-HCV Co-infection Program, Ortiz-Morales developed a mechanism of direct observed therapy (DOT) for HCV therapy. During the interferon era, patients would come weekly for their injections and medications were set up in a pill box. Even now in the era of Directly Acting Antiviral agents for HCV, patient medications are filled in a pill box every two to three weeks and patients are seen and monitored for adherence, tolerability, and given support and encouragement which has led to treatment successes. When she was asked to run the HIV-HCV Co-Infection Program at MMC, Ortiz-Morales agreed because of the many co-infected patients she referred to GI or hepatology who were rejected due to their co-infection. Providers made incorrect assumptions about their ability to adhere related to patients’ lifestyles, treatment successes, etc. For many, it was imperative that they be afforded the same opportunity for treatment and cure as patients who were mono-infected with HCV. “Developing the program from the ground up with the support of the New York State Department of Health was an opportunity that I could never have imagined,” says Ortiz-Morales. Today the MMC HIV-HCV Co-Infection Program is well known and has become a model for many programs.

Recalls Ortiz-Morales, “I started treating HIV at a time when regimens were very complex and many patients were unable to maintain the therapies. Now treatment for HIV patients has truly been revolutionized and patients can lead long, healthy lives, and this is truly rewarding. However, I still have patients who refuse needed ARV therapy for fear of side effects, or believe in HIV conspiracy theories, and prefer to succumb to the disease of HIV rather than be treated.” Ortiz-Morales motivates her patients to adhere to their treatment regimens using a combination of many factors, including education about HIV disease and the benefits of treatment. She maintains a non-judgmental nature and exhibits real care and concern for patients with an earnest investment in their overall well-being. Currently, her patient ARV undetectable-viral rate is at 88%.

Ortiz-Morales is also an adjunct professor at Herbert H. Lehman College where she enjoys teaching and mentoring the future generation of Nurse Practitioners and Registered Nurses. She envisions that, in the next ten years, there will be a transition to ARV medications that can be administered at an office visit and given every three months thereby increasing treatment rates and rates of undetectability among even the most difficult of populations. Outside of work, Ms. Ortiz-Morales’ interests center around spending time with family. Her son is currently preparing to go to college; a process that she calls “all-consuming.” She also enjoys physical fitness like spinning and body combat, a martial arts based workout set to contemporary music.

Asked why she is an AAHIVM Member, Ms. Ortiz-Morales says, “I believe in the strength of membership when it comes to advocacy power for change and growth of the profession. I believe in AAHIVM’s organizational mission; to promote excellence in HIV care through advocacy and education.”