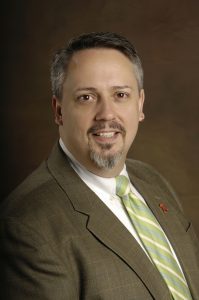 Jim Scott did his undergraduate degree, Masters in Education and Doctor of Pharmacy at the University of Florida in Gainesville. He did a Geriatrics Pharmacotherapy Residency at the Gainesville VAMC and an Infectious Diseases Fellowship at the University of Illinois at Chicago. Scott recalls working with people with HIV first during his student days and continuously over the twenty years that have followed. “For the first two and a half years after my training, I worked at a hospital in Buffalo, New York, doing mostly inpatient geriatric ID clinical service. I also worked part-time at various community hospitals throughout my training and my early years at my current position,” says Scott. While his current position with Western University of Health Sciences College of Pharmacy consists mostly of academic administration, Scott draws from his history of practice as a clinical pharmacist at a large urban HIV clinic in Hollywood, California. “We had about 2,000 patients,” recalls Scott, “We had about five medical providers and a multidisciplinary staff of 30 to 40. While practicing, the patients were mostly MSM with a scattering of others, (FSM, MSF, FSF/M, Transgender). Probably 50% were Latino/a, 30% Caucasian, 15% Black and the remaining were Asian, Middle Eastern, multiracial, etc. The average age was about 35, but there were patients ranging in ages from 18 to 65.”

When he was in school in the early 1990’s, Scott realized how widespread HIV was, through classes as well as friends. He also saw how few options there were for treatment. He realized that this was a devastating disease and a lot of help was going to be needed to fight it. He pursued postgraduate training programs that focused on HIV and just kept moving forward.

“In my current role, I am involved in fighting HIV in a lot of ways I never dreamed of when I was in school. I am working with professional societies like the American Academy of HIV Medicine (AAHIVM) and the International Association of Providers of AIDS Care (IAPAC) to give support and guidance to the frontline health care practitioners, as well as educating pharmacists and other health care providers who have minor, yet still important, roles in fighting HIV, and educating and motivating future pharmacists to be a part of the fight against HIV.”

Scott acknowledges that, in HIV care, adherence to treatment regimens is always a battle; and it is a different battle with each patient. His approach has always been to identify what their barriers to adherence are and then work with them on those barriers. Says Scott, “I have always believed that educating patients is the key, but it is important to educate them at their own level. Give them as much information as they want but no more than they can digest. Once they have that information, they can make better decisions for themselves. This information may be about side effects but it also may be about pharmacokinetics. Most patients know nothing at all about how the drug moves around the body, about how long it stays in different parts. Giving them a better idea of this can help many of them better understand the importance of adherence.”

Looking to the future, Scott would like to be involved in the leading edge of HIV treatment; whether continuing in an educating role or in his newest capacity, having recently received a formal invitation from the FDA to be a consultant for the FDA Antimicrobial Drugs Advisory Committee (AMDAC). Scott predicts fairly optimistically that within the next ten years treatment will be simplified to a monthly, maybe quarterly, long-acting injection.

Outside of his professional life, Scott is a part of a local community band with mostly LGBT members. After his freshmen year in college he put his trombone down for 20 years and missed it almost every day. “Picking it up again was almost like being reborn,” muses Scott, “And allowed me to continue working with the LGBT community in a different manner.”

Scott is the current Chair of AAHIVM’s Pharmacists Committee and a member of the Board of Director’s Executive Committee. Asked why he is a Member of AAHIVM, Scott says, “Although I was active with AAHIVM for a few years prior to becoming a Member, I didn’t formally join until it was clear that AAHIVM was serious about being inclusive of other provider types. Treating a disease that is complicated medically and socioeconomically takes a team approach, and I feel AAHIVM is committed to fostering the health care team in fighting HIV.”