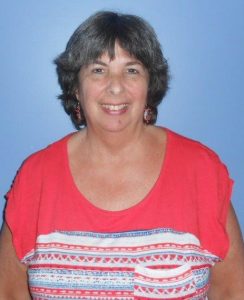 Susan Weiss has spent the last 29 years treating people with HIV in one capacity or another, making her a provider of the generation that experienced HIV from its terrifying onset. Weiss began in HIV “by accident” as a new AIDS unit had just opened and sounded like a great program. She has stayed with HIV care for so many years because she finds it “both intellectually stimulating and emotionally captivating.” After receiving her nurse practitioner degree from Pace University in New York City, Weiss spent the next two years as an NP at St. Vincent’s Hospital in Manhattan.

Weiss has done outpatient HIV primary care for the past 16 years, the last 9 at Callen-Lorde Community Health Center, a non-profit federally qualified health center (FQHC) specializing in providing care to the LGBT community. Located in the Chelsea neighborhood of New York City, they have 15,000 patients, about 3,800 of whom are HIV -infected. Staff at Weiss’ practice numbers about 220 including 23 medical care providers, 13 of those providers, including Weiss, are credentialed by AAHIVM as HIV Specialists™. 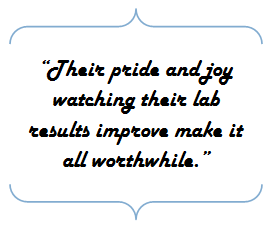 Weiss claims the most rewarding part of her work is “seeing a patient evolve over time. This can include either the nervous, unsure newly-diagnosed patient or the previously non-adherent patient. Their pride and joy watching their lab results improve make it all worthwhile.” Weiss motivates her patients to adhere to their treatment regimens by listening to them, not judging them, and trying to deal with them from the place where they are. Weiss believes it is an HIV care provider’s job to educate and inform. If this is done well, usually, patients will adhere to their medications. Weiss laughs with her patients and even uses humor to “yell” at them. She will challenge the patient who never misses his narcotic but does miss his ARVs, but with a smile and a laugh. She never tells a patient who is either non-adherent or unwilling to take their medications that she won’t see them. She coaxes her patients along, even if it takes years for them to “see the light.”

Weiss says the greatest obstacle she faces now is the broken healthcare system; whether it is the inability of patients with ADAP (AIDS Drug Assistance Program) to get imaging or to see a podiatrist or they have co-pays that make it impossible for them to stay on their medications. Weiss has hope that, in ten years from now, the field of HIV care will be about managing those with chronic infections rather than newly infected. To contribute to her identity outside of work, Weiss enjoys going to see Broadway shows and traveling. Weiss continues to pass along her experience and knowledge to the next generation of HIV care providers.

“I could finally be part of an organization devoted to my specialty as an HIV care provider rather than a nurse,” says Weiss about why she is an AAHIVM Member. “Also because AAHIVM acknowledges the vital role that non-physician providers play in the delivery of HIV care.”